Reaching Out and Moving On - Lessons from Sundance London

Since I've already reviewed the films I saw at Sundance UK last Saturday for Momentum Publishing (here and here), I thought I'd use this post to give more of a general overview of both and my experience of the day as a whole, including the screenwriting flashlab that started it off.

Both Emanuel and the Truth About Fishes and The Inevitable Defeat of Mister and Pete are essentially films about loss and longing, dealing with the commonly marginalised theme of motherhood (or lack thereof). The main characters in Emanuel and Mister and Pete show great determination and resilience in the face of seemingly unbearable hardships, developing their own coping mechanisms to help them survive the situations in which they find themselves. Both Mister and Emanuel are teenagers who feel keenly the absence of a supportive and reliable maternal figure in their lives. As a result, they try to grow up too fast, creating hardened, self-sufficient personas to cover up the reality of their loneliness and fragility. This leads them to isolate themselves, rejecting the support that is available to them in their attempts to steel themselves against further suffering and disappointment.

These two key characters, however, are not the only ones who lie, pretend and keep secrets to protect themselves from a painful reality. In Emanuel, the mysterious Linda moves away from her home in an attempt to sever past connections, refusing to face up to the truth about her past, while in Mister and Pete, even little Peter withholds information, concealing the extent of what he has endured because he belives that Mister will disapprove of him "squealing".

Inevitably, though, all attempts to live independently and to deceive those around them are doomed to failure. Redemption for all of these characters ultimately comes in the form of honesty, openness, and better communication: though both Mister and Emanuel are intially resistant to fostering connections with others, the friendships they form with Pete and Linda eventually help them to reach out to other people and to realise that they are not alone in the world.

Another crucial lesson in both films is that change is not always a bad thing. Both Emanuel and Linda spend much of their story reliving the past, while Mister and Pete live alone in Mister's house for a whole month, holding on to the hope that Mister's mother will eventually return and things will go back to normal. As such, they fail to allow themselves to develop or move forwards, instead clinging to things that are already over or broken, and were probably never right in the first place. In opening up to new people and outside influences, these characters are finally able to let go of the weights that drag them down and to move on towards a better future.

What is interesting is that the lessons learned in both of these films were also a major focus of the screenwriting flashlab I attended earlier in the day. This panel discussion, which took failure as its theme, explained how failure is not only inevitable, but also a useful part of any creative process - or in fact any journey worth taking - provided we can learn from the things that go wrong. Everything worthwhile involves taking risks and sometimes failing, yet not doing anything risky or innovative is in itself a failure and a worse one, whether it's a failure of imagination, of confidence or of will-power. In the end, we will always feel worse about the things that we haven't done than about those that we've done and done wrong.

Scriptwriters find themselves in a position very different from other kinds of writers in that their creative process is always a collaborative one. Panelists Tony Grisoni, Peter Straughan and Lyn Barber discussed the importance for screenwriters of working with directors and producers that they trust and understand. Communication is an absolutely crucual part of film-making, and all of those involved in this process must learn to seek advice and to know when to take it. Unlike, for example, novelists or poets, scriptwriters cannot isolate themselves, and their finished work will never really be their own, since so many other people are involved in bringing it to life.

Connected to this is the need to know when to let go of something. As a scriptwriter - or indeed anyone involved in the filmmaking process - you cannot be precious about any of your work. Even if something you've done is great, and has been a useful part of the process or helped to explain your vision to other people, if it's no longer necessary or serving the film of which it is a part, you must be prepared to get rid of it. Much like people, films take journeys which enable them to grow and develop, and along the way, they will be influenced by many different things, over which their parents or creators have very little control. Sometimes, this process sees a film transform completely from the initial idea that brought it into being, but this is not necessarily a bad thing. The more we learn to seek help, trust others and allow things to change, the better our work will generally become. 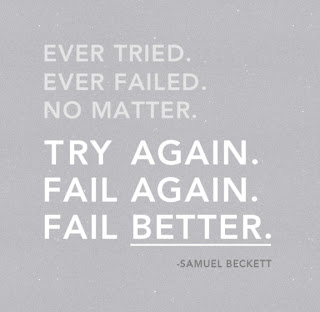