Further Thoughts on Dancing on the Edge

Because second thoughts are never a bad thing.

I'll be honest - I was pretty wrong about Dancing on the Edge. Not only did the series get considerably darker as it progressed, but the writing quality also got considerably worse, with the exception of the final episode. In the interests of fairness, I'll start with the good and concentrate on that last and best episode first.

It is true to say that the plot got stronger and more gripping towards the end of the series, with the final part being properly edge-of-your-seat exciting. It was much more plot driven, dispensing with all the standing around saying inane and pointless things that had got in the way of the story earlier on. It also saw some of the series' best acting (though that was a consistent strong point throughout): there were fantastic performances from Anthony Head as the cold and dangerous Donaldson, and from Tom Hughes as the increasingly disturbed and disturbing Julian.

More than any other, this seemed like Julian's episode. For much of the story, he is pretty far gone, dancing on the edge of madness. He carries a gun around with him, and in one fantastically creepy moment, we're afraid that he's about to murder two little girls in cold blood. Yet, there are several moments of clarity, and it is in these that we really get an insight into Julian's world, and start to understand what has made him the way he is. Alone and miserable in his loveless family home, he discovers a gun inside a huge chest (a chest that could almost be an old-fashioned toybox) prompting comments on how the house is "full of guns" and perhaps hinting at the threat of violence with which he grew up. Later, he expresses his disgust at his inability to effect a change in his life. He sees that his actions, along with those of the rich men with whom he socialises, are not allowed to have consequences - at least not consequences that directly affect them. Appearances must be kept up, and these people have the power to weather any storm, even when they are the cause of it. For Julian, this means not a carefree life but a powerless one, plagued by feelings of guilt, disgust, and a strong sense of how little he deserves the life he has.

Despite a brillaint and poignant finale, however, the rest of the series mostly got worse as things went on. The quality of the acting and strength of the plot were the two things that kept this series afloat and watchable in a sea of bad writing and mediocre direction. Stephen Poliakoff has shown he can tell a good story, but I suspect that what he really needs to help him make a great TV series is a good editor. The most striking indication of this was the clumsy dialogue. Some things were said far too often, becoming repetitive and irritating ("since my sons died", "my son would have loved this", "it can't have been Julian" "it's weird doing this being watched by photgraphs"), some things were said in unconvincingly direct ways ("I need to do something to really impress her", "this is part of my grieving process"), and others just didn't really need to be said at all ("they had sex on the train, you know").

In addition to this, there was also an issue with "staging". Though perhaps not so obvious a problem as what was spoken, the way certain scenes were set gave the impression that Poliakoff doesn't fully understand television as a medium. Occasionally, there were some great little bits of TV direction, such as the cut from the car carrying the fugitive Louis to the one arriving to collect Julian - it's often this focus on striking visual images and editing that really makes a film or TV show stand out. Unfortunately, there were far more scenes which felt as though they had been written for the stage. For example, the scene in which Rosie and Mr Masterson are shouting across a room at each other, and earlier the scene in which everyone is dancing outside in the hailstorm together both seemed to require more space than a television screen could possibly afford them. Further, not one of the sex scenes was remotely convincing. As such, they seemed unnecessary.

Nevertheless, I'm not sure that this means that they were terrible pieces of writing. As a theatre-goer, I could easily visualise how certain moments might look performed live, and how effective they might be under different circumstances, with a different kind of connection to their audience. In theatre, we naturally accept a more heightened tone and a greater degree of artificiality. On stage, certain kinds of artifice can actually help us to become more involved, because they allow actors to reach out to an audience that is present with them. But in forcing things into a television serial format that didn't really belong there, Poliakoff squeezed out much of their impact. The subtlety and naturalism of television as a medium simply leaves very little room for self-conscious theatricality.

As a final thought, it would have been nice to have had some closure with regards to Wesley's deportation, which was left annoyingly open-ended. It seemed strange that in the last episode, they should think to remind us of Wesley with a shot of him in Louis's flashback, but still not think to conclude his story properly.

All told though, I still enjoyed it, even if it was mostly the actors that made it. It still beats a lot of other TV drama I've seen lately. I'm also really looking forward to seeing the chameleon-like Matthew Goode go on to star in Stoker, alongside the wonderful Mia Wasikowska. If that film's not amazing, I'll eat my hat: 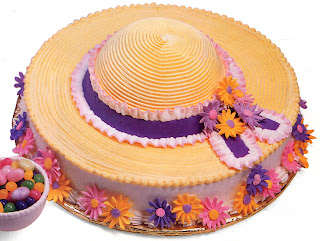